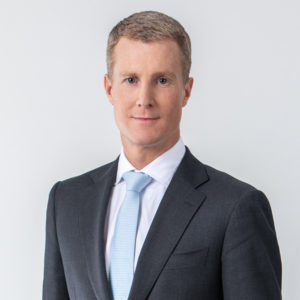 Michael C. Barnes is a Principal Attorney at Sequel Health Law PLLC. Mr. Barnes counsels boards and management teams of public and private companies on business strategy, law, legislation, and regulation to advance market entry and expansion, revenue, M&A, and social responsibility objectives. His practice centers heavily on health and drug law and policy with emphasis on opioid and other controlled medications, substance use disorders, and pain management.

Mr. Barnes is an advocate for individual rights and innovative responses to some of the top policy issues in the U.S., including the opioid, heroin, and fentanyl crisis; health care; justice reform; and privacy. He has provided legal, political, and issue analysis for national news networks, including FOX News, FOX Business, CNBC, CNN and HLN.

Mr. Barnes is Chairman of the Center for U.S. Policy, a not-for-profit organization advancing solutions to the nation’s substance abuse, mental health, and incarceration crises. He previously co-founded a not-for-profit that provided early leadership to address the U.S. drug abuse, addiction, and overdose crisis.

He has been a member of the Advisory Board for the Rx Drug Abuse & Heroin Summit since 2011, the National Sheriffs’ Association’s Drug Enforcement Committee since 2014, and the Editorial Board for the Journal of Opioid Management since 2015. He is a past board member of Pediatric Care and the American Academy of Pain Medicine Foundation.

Mr. Barnes was a political appointee under President George W. Bush, having served as confidential counsel in the White House Office of National Drug Control Policy. Prior to entering the legal profession, Mr. Barnes worked on political and issue campaigns, and was an editor at a digital national political news organization.

Mr. Barnes is licensed to practice law in the District of Columbia and Virginia.